The road was curvy in long stretches and lined on either side by tall trees. Shadows cast down on the 2-lane pavement provided temporary relief from the hot summer sun that beat down on the car, raising the temperature inside despite any air conditioning that might be flowing through the vents. Occasionally, the landscape would open up on one side, depending where we were at on Highway 71. A breathtaking view might appear out of nowhere, momentarily stunning me as I imagined being one of the hawks gliding through the air over the open valley below.

Birds often caught my attention. When I played outside and a group of them flew overhead, I would stop what I was doing to watch them fly over. If I focused on one bird in the group, I almost felt like I was along on the journey with every dip and zoom. When I finally looked away, the spell was broken. What would it be to fly like that, to just soar free, high overhead?

That feeling was magnified intensely watching the hawk soar over the land below. Dad must have noticed my gazing out the window. His voice interrupted my musing. “Hey, do you see that bird up there?” he said, pointing at a bird out the left side of the window. He loved to point things out to me along the drive. We made that trip together every other weekend when he came to pick me up. Sometimes other people came with him to get me, but I loved it best when it was just the two of us.

More than once he tried to freak me out by steering the car with his knees. As a tall man  he could both reach the pedals and bump the steering wheel with his knees. “Watch this!” he would say and do the knee thing. I would gasp and look at the road, convinced we were about to careen to our deaths. He would grab the wheel again with his hands and laugh. His laugh was a raucous affair that filled the entire car. Had anyone been asleep in the car they would have woken up immediately. There was whole different tone to his voice in laughter. Once he got tickled, there was no stopping it. No matter if no one else thought it was funny, his laughter remained uninhibited. He and Grandma Sharp laughed the exact same way.

I looked at the bird he was pointing at, wondering where this was going. “Did you see it?” he asked me. “Yeah” I said. “That wasn’t a real bird” he told me. I looked at him. “What?” I said. “It wasn’t a real bird. It was mechanical. They keep quite a few mechanical birds up on this mountain” he told me in his serious tone. There were many times he would instruct me in things that were important to know. He used this exact tone when he did that.

He also liked to yank my chain and tell me things that were not true. I never knew if what he was telling me was legit or not. Sometimes I had to let it play out to know. The idea of a mechanical bird seemed crazy to me. “No, it’s not!” I told him. He got animated this time, “Yes, it is mechanical.” Raising my one eyebrow I said to him, “Why would they have mechanical birds up here?”

Pointing at the sign on the side of the road, he said “Look!” I saw the sign. There was one like it at both the north and south entrances of this stretch of highway. It read “10 People killed past 3 years. Don’t you be next!” The stretch of Highway 71 between Fayetteville and Alma was a deadly one, indeed. The road was curvy and windy. Big trucks drove on it as well as tiny little cars. One had to really be paying attention to not get themselves into trouble on that stretch. It was curvy and windy enough that I often felt sick to my stomach as a passenger on it. I never threw up, but sometimes I wished that I could.

“If there’s an accident up here, imagine how long it takes for anyone to find out and then call for help” Dad said. “It could get really bad before anyone even knows people need assistance. The mechanical birds have cameras in them. Someone watches the feed, and when they see a wreck, they call the police and emergency crews to send in help. The mechanical birds save lives!” I searched his face. He was serious. For the next 5 minutes he gave me examples and scenarios in which the birds functioned in a way to increase safety on this highway. I sat there as we continued to drive, mulling it over. Dad was quiet as I thought about it, watching me out of the corner of his eye as I considered.

I had wondered about what happened when there was a wreck. I had wondered as we zipped around corners, what if there was a wreck just around the next corner? Would we slam into it? Where would we drive to avoid it? Some of the areas up here had no shoulder at all.  There was not even a way to call for help when you had an accident. You would have to wait for another passerby to come up on the wreck. Assuming they did not add to the wreck by slamming into it themselves, they would then have to drive to the nearest house or store and ask to use the phone to call for help for the wreck. They would then have to remember exactly where the wreck was located.  If someone were injured severely, it would take forever to get to them.

What he was saying made a lot of sense to me. “Show me another one!” I said to him. He could see in my face that I had accepted this fact. His arguments had made sense and I was on board. Just then, the car filled with his raucous laughter once again. I knew I’d been had.

There was no stopping him this time.  He had invested many miles into the arguments for this charade. There was no greater payoff for my dad than convincing the child in the car that something completely made up was fact. I sighed heavily in the passenger seat and leaned my head back against the headrest. He was still laughing. “I can’t believe you fell for that!” he taunted. He loved to taunt me after he had tricked me. I think the taunting was as fun as the whole bit for him.

I wanted nothing more than to sit in my seat and be angry at him, but it was hard to be angry when he was laughing so hard. I could stare at him and give him my best incredulous expression, but nothing chinked the armor of his humor. The daggers I threw with my eyes just bounced off never hitting their targets.

Finally, I started chuckling too. “You wouldn’t let it go!” I said. “I had to believe you! It’s also a really good idea!” I exclaimed. This set off another roar of laughter from him. He was laughing so hard he had tears coming out of his eyes. The man was crazy. I had not believed him at first, and yet he had worked so hard to convince me. It had taken longer to convince me about the birds than most of the ruses he could get me going with. It was not like I had just immediately fallen for this thing.

You would have thought from his reaction I bought it immediately. I remained insistent that the idea was too good to be fake. “I bet someone has mechanical birds” I muttered to myself in the passenger seat. His mirth was alive in the car like a third person. Once he would finally settle down from laughing, we would drive for a quiet mile or two. Then out of nowhere he would start chuckling again, and soon it would spring up into another round of laughing. 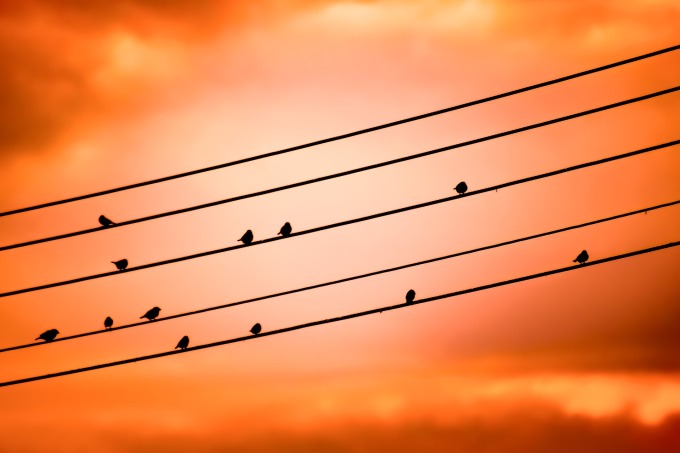