The labor had been a long one. We were 27 hours in at the hospital, and the doctor had just come in and confirmed what he had suspected all along. A natural birth was not going to happen. In less than an hour we would be in the operating room for a cesarean section.

I had read everything there was to read about childbirth and had spent little time preparing myself for the idea of surgery. It hadn’t seemed relevant. Though it wasn’t what I’d planned, in the 27th hour of labor I no longer cared. I was tired. It had been exhausting in more ways than one.

Family member reactions varied at the news. Relatives had come to be there for the birth and had been in and out to visit with me during the hours. Some of them were excited and sweet, while others felt a little put out the whole thing was taking so long. I felt a little put out too. The nurses came in and shooed everyone out so they could start getting me ready for the surgery.

“I’m going to go down to the cafeteria and get a sandwich” Steven said to me. Incredulous, I looked at him and said, “Excuse me?” He looked up at me from tying his shoe and said, “I’m hungry, I’m getting a sandwich.”  I stared at him. “Well, I’m not telling them to wait on you if you’re not back here” I told him. He knew what I meant. During one of the ultrasounds he had stepped out to go to the bathroom and they called me back for my turn. He came bustling in during the ultrasound, annoyed that I hadn’t waited for him. We had been waiting for a long time, it wasn’t my fault he chose the last minute to go pee. He smiled at me and said, “I’ll be back. I’m going to eat it down there since you can’t have any.” He did make it back in time and in doing so, saved his own life which would surely have been taken by my own hands.

During the surgery a blue drape was placed on my chest so I couldn’t see the cutting. “I have to push on you. He’s really wedged in there” the nurse told me. Just then the pressure on my abdomen was so much that I could not take in a breath. He pushed in long hard stretches that made me really nervous about my oxygen intake. Finally, at 2:41 p.m. there was relief and I heard a cry that made me settle inside. A goo covered face, held by doctor hands in blue gloves popped over the blue drape. “Hi mom!” the doctor said. He was the cutest little alien I’d ever laid eyes upon. They took him and cleaned him while they finished doing whatever mysterious medical things were being done behind the curtain. They brought him over, “Here you go, Daddy!” they said, handing him to Steven.  Steven held him up to me and I kissed his sweet little cheek.

“We’re taking you to recovery for an hour then you can have him in your room” the nurse told me, locking the bed rails in place. I was sad I wouldn’t get to have him right away. There was a little clench in my gut at being so far from him when we’d been so closely locked together for all these months.

In the recovery area I drifted. I felt so tired and lazy and the world seemed filmy. I heard machines start beeping and nurses scrambling in. They put something in my IV and I seemed to come back to myself, taking a deep breath. Then the itching started. Sensing my restlessness, the nursed asked me how I was feeling. “I’m really itchy” I told her. “It’s from the Epidural, we’ll get you some Benadryl” she told me.

Once that happened, the world became a little lost to me. I could hear everyone around me but I could not open my eyes. It was a scary development, being aware and trapped on the inside. The first time I held my baby I could barely open my eyes. I was only able to barely utter “I think I’m going to drop him” and Steven took him from me. The mysterious fog finally lifted long after the visitors had gone. At 3 am I woke up and sat up and breathed a sigh of relief that I wasn’t stuck in a coma forever.

I called the nurses station and asked for my baby. They brought him right to me, wrapped tight. I took him and held him in front of me, his face in front of mine. I was no novice with this, I’d been taking care of babies for most of my life. I thought I knew what it would be to love my child. I had loved my baby brother Dustin so much that when I moved away, I’d cried at the loss. I thought I was prepared. I rubbed this baby’s sweet cheeks with my finger. His skin was soft. I lay him down between my legs on the bed and unwrapped him. I inspected his belly, feet, arms, toes. I ran my finger along his tiny ears, causing a little shudder to run through his body. I smiled. He had light brown hair that mesmerized me.

Enamored with him, I couldn’t put him down. Every single thing about him was magic. It was not what I expected. The feeling was both lighter and weightier simultaneously. I’ve searched my mind for a description and come up empty handed. His presence in my life had made me a different person. Nothing that I experienced lent itself to what was happening. I looked at the people around me who had children, searching their faces, wondering. Had they become different? Maybe it was the hormones.

Later that day when family came in for visits, I was proud to show him off. I was also jealous when they held him. He was mine and up until that point I’d gotten to do all the holding. Sharing him with everyone else was hard. I was taken by surprise at my reaction. Nothing in my experience had prepared me for the overflowing emotions that carried me away when I looked at him. It was so encompassing I felt almost betrayed. How had I not known it would be like this?

Sharing him was the hardest thing I’d ever done. I knew it was necessary. It was time for others to know him too. He would need them in his life. So I pretended to be glad to let others have their turn, when really I was just counting down the minutes until getting him back. It was the first and most repeated lesson of motherhood. From day one, in a thousand ways, we pour love into them, and hold them tightly, knowing one day we will have to let them go.

We learned so much about parenting with him. Mostly that we really didn’t have any clue what we were doing. The first one is often experimental anyway, right? He had a stubbornness about certain things I hadn’t seen coming. If Alex didn’t want to do it, there was no cajoling, rewarding, or punishing that could change his mind. He did things at his own pace. He was not swayed by anyone else’s opinion. In Junior High and High School, he’d wear a bowtie to class proudly if he felt like it. I have often admired his ability to do whatever he wanted and not care what anyone else thought about it. It’s one of his greatest strengths. He’s always been such an interesting combination of sweet and stubborn.

In a little over a week, that sweet first baby of mine will leave for basic training with the Navy.  My little boy is a young man now. The new phase in his life is colored for me in excitement for him as he does this thing that was his own idea, sadness that I won’t know where he is and what he’s doing at any given moment, and the ever present Mom worry.

When he started driving, my aunt told me with a chuckle that that was when I’d see a real change in my prayer life. She wasn’t wrong. I suspect this too will be a whole new level of that as well.  In fact, chalk it up to Mom worry if you must, but I would ask that if you pray, you’d say a few for my Alex. He’s the first of our brood to launch out on his own.

If you need me, I’ll be over here eating ice cream and riding my bike for stress relief.   It’s fine. I’m fine. Everything is fine. 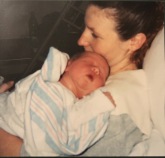 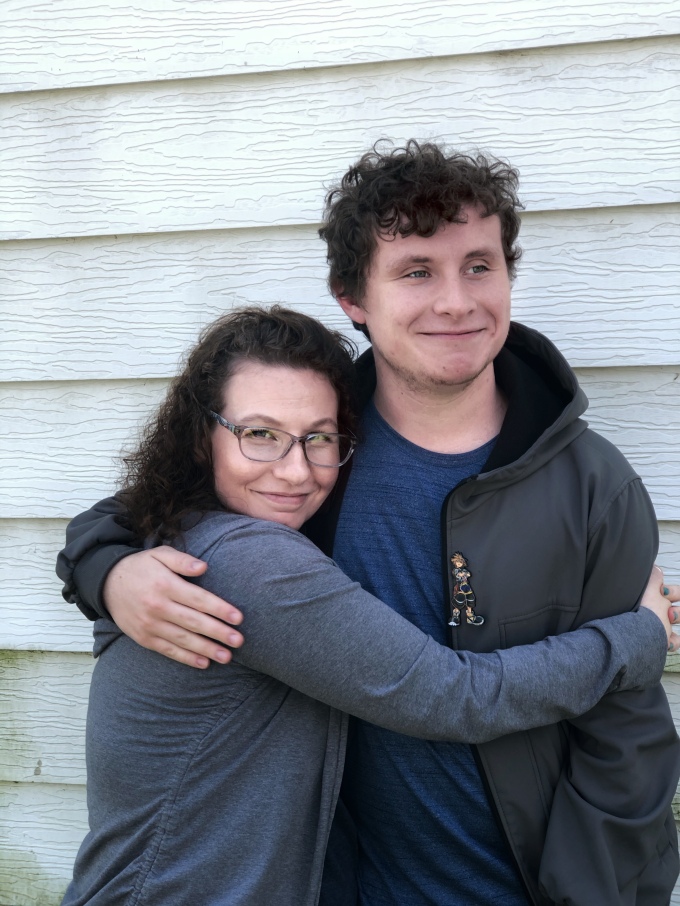